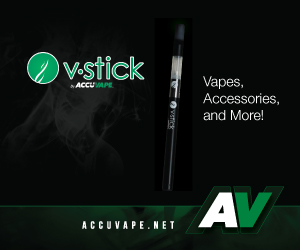 Today there are many different options for administering cannabis both internally and topically, for example, ingesting. Using cannabis products in these newly rediscovered ways can have increased benefits.

It can be difficult to predict the pharmacological response to cannabis because concentration of cannabinoids varies widely, depending on the genetics, growing environment, and manner in which the extraction process was completed.  Laboratory testing is the most effective process for detecting CBD and THC levels in the raw flower and extractions.  It is imperative for patients to know and understand these levels as they have a direct impact on the way cannabinoids affect the body and brain.

Smoking has typically been the most common way in which patients ingest cannabinoids, even though it is considered the least healthy, smoking the flowers of the plant has the most immediate effect on the body for nausea and pain. Traditionally the dried flowers are smoked by rolling them in a cigarette paper or by using a pipe or bong. Hashish and Oil are typically ingested through a bong and contain higher levels of THC due to the extraction process.

Depending on the individual patient, and potency of the strain, the effects of smoking wear off usually within 2 to 4 hours. Long term smoking of any plant material could have a negative impact, which is why My Compassion recommends patients use vaporizers or edible forms whenever possible

Vaporizers have gained popularity because of the perception that less harmful chemicals are ingested when components are inhaled through vapors rather than smoke. A vaporizer is a device that heats the dried flower or oil at a much lower temperature than burning, in turn creating vapor instead of smoke. For patients who are accustom to smoking but no longer can due to health reasons, may find vaporizing is the best replacement for them. Many patients claim that half as much herbal medicine will provide twice the effect when vaporized. There are many different types of vaporizers on the market; pens are the most convenient and indiscreet.

Edible forms have gained popularity over the past few years with a majority of the population preferring to intake food items infused with oils rather than smoke. The leaves and flowers are traditionally infused into butter or oil then added to recipes. Edible forms react different than smoking or vaporizing and do take longer to feel the effects, often 30 minutes to an hour or more. Since the dosing of edibles can vary greatly, it can be difficult to judge the intake, so it is recommended to eat small portions at a time, especially on an empty stomach. It is always best to wait at least 1.5 hrs before eating additional servings. The therapeutic effects from edibles last longer than other forms and can often last up to four hours or more. Most patients have reported infused food items provide more of a relaxing body effect than the cerebral high that is often accompanied with vaporizing and smoking. It is very important to follow the dosage and if you are just a beginner you should reduce it by half until your tolerance levels have increased.

By juicing the flower and leaves, your body will intake most all of the medical benefits of the plant without the feeling of being high. In its raw form is still considered psychoactive, but the effects are not the same as from smoking or eating an edible. Juicing in itself is very healthy and when you add cannabinoids to the mix, it can be very beneficial in providing relief from gastrointestinal disorders. Patients claim that juicing with this plant helps combat diarrhea, abdominal cramps and rectal bleeding associated with Irritable Bowel (IBS), Inflammatory Bowel Disease (IBD) including both Ulcerative Colitis and Crohn’s Disease.

Topical ointments and creams infused with cannabinoids are becoming very popular as more patients learn how beneficial they are at relieving aches and pains. Unlike smoking, vaporizing or eating edibles, topicals are completely non-psychoactive and typically does not show up on a drug test. My Compassion patients have reported that topicals are tremendously effective for, conditions like psoriasis, rheumatoid arthritis, restless leg syndrome, spasms, migraines, neuropathy and other peripheral nerve disorders. Topicals are applied directly to the skin and come in several varieties such as creams, salves, sprays and oils.

A tincture is a liquid made from the dry flowers and leaves using a alcohol or glycerin solution. Tinctures are highly concentrated with cannabinoids and require careful dosage levels, starting out small and waiting to feel the effects before adding more. The glycerin solution is preferred by many parents for their children because it is easier to control the dosage, is easy to administer with a dropper or incorporated in food and beverages.

Do not operate heavy machinery, motor vehicles, boats, or motorcycles while taking edible medication. Do not use if you are pregnant, nursing or caring for an infant. Be aware of your surroundings and possible hazards, and prepare for your needs before taking medication.

If you feel you have eaten too much of a food-based herbal medicine, do not panic, your symptoms will subside within a few hours. Remain calm. Stay hydrated and eat food to help symptoms pass.