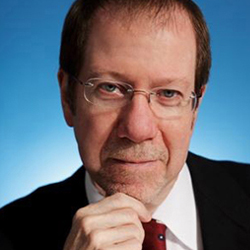 Dr. Levine received his Bachelor of Science from the University of Wisconsin at Madison in 1974 and his M.D. from the Chicago Medical School in 1978 and completed his residency in obstetrics and gynecology at Illinois Masonic Medical Center in 1982. He has been Board Certified in Obstetrics & Gynecology continuously since 1984. He is a member of several medical societies including the American College of Obstetricians and Gynecologists, the Chicago Gynecological Society (past President), the Central Association of Obstetricians and Gynecologists, and the American Medical Informatics Association, to name a few.

Dr. Levine is the Director of Research since 2014 at My Compassion. His involvement in research, education and Quality Assurance has allowed him to author numerous articles in medical journals, leading him to often lecture to physician audiences.

Dr. Levine has served as Director of Informatics and Research in a department of obstetrics & gynecology for well over a decade and as a Physician Director for the implementation of an Electronic Medical Record system in a large healthcare system. He continues to have a general gynecology practice, and has been listed in America’s Top Doctors for over a decade.