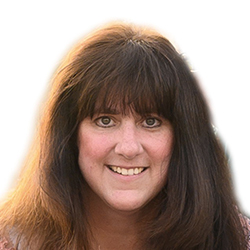 Maureen Surin became an ardent Medical Cannabis Advocate in 2017, after her daughter Ashley, now 13, needed medical cannabis in school, and the Federal law was blocking her. Maureen’s family quickly realized the only way to change this was by filing a lawsuit against Ashley’s School District to get her medicine (medical cannabis) into school.  After much determination, the Surins testified before lawmakers at the Illinois State Capital and were successful in getting Ashley’s Law (IL HB 4870) signed into Public Act by Governor Bruce Rauner on August 1, 2018! Ashley’s law allows any child under 18 to access their medical cannabis in school if they have an IL Medical Cannabis License.

After Ashley’s Law passed, there was still more work to do for the schools. Some edits were needed to accommodate Ashley and the nurses, identifying storage of the medical cannabis, field trips and additional staff to administer and educate and legal protection for all involved with medical cannabis at schools.  Ashley’s Law amendments (IL SB455) were signed into public act by Governor JB Pritzker and August 12, 2019.

Maureen is passionate about continuing Medical Cannabis Advocacy around the world, and assist helping others with Medical Cannabis laws and amendments. Ashley is now Living a Dream Life and not just surviving anymore.  Maureen and her family are grateful for this awesome plant and those that have helped Ashley have access without undue burden to her or her family.